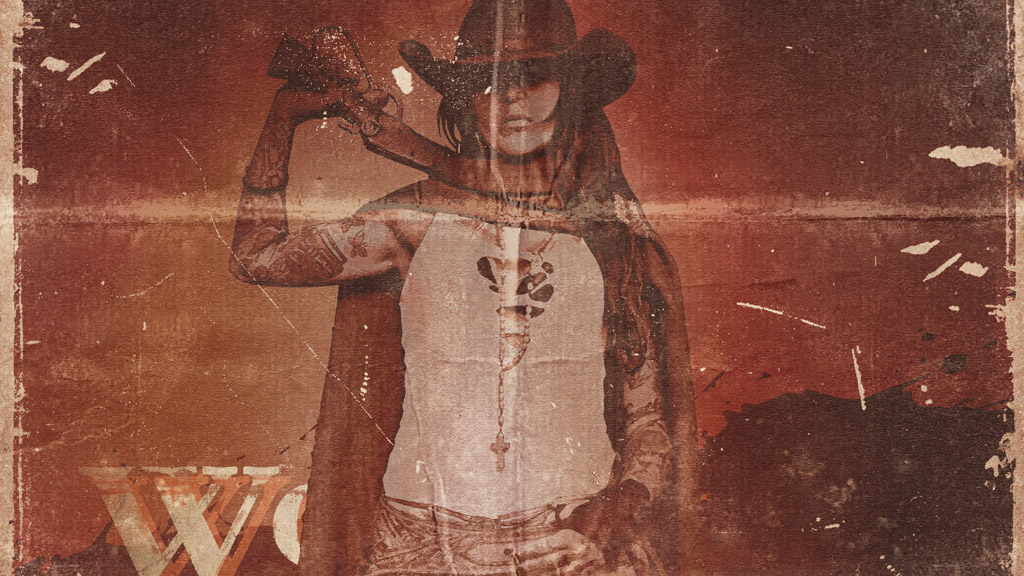 Woman With No Name

Woman With No Name is a short movie by Fabio Soares about a mysterious outlaw woman seeking revenge from her former partners in crime in a modern Western.

An unforgettable music, a taciturn hero, a duel at high noon or a dirty bar fight… Everyone can remember these stories in the American Old West from a TV rerun.
In Woman with no name, the Far West meets a fictional modern era with a bit of French touch. 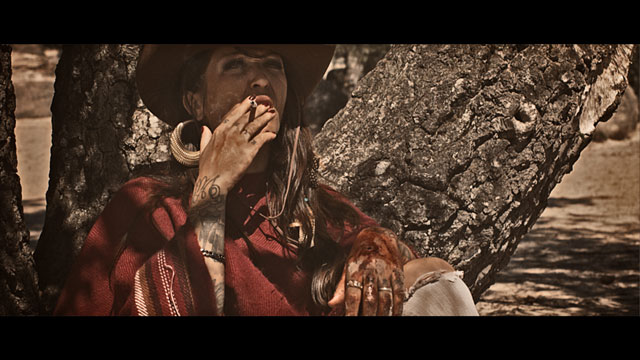 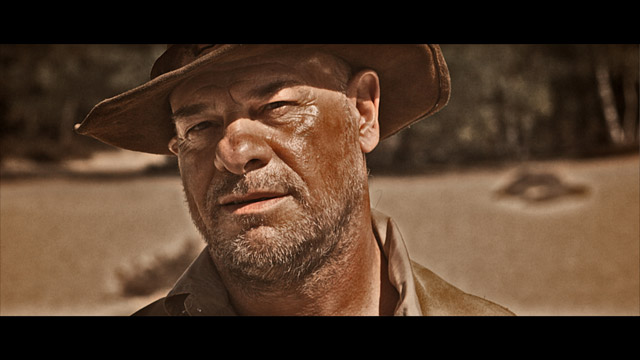 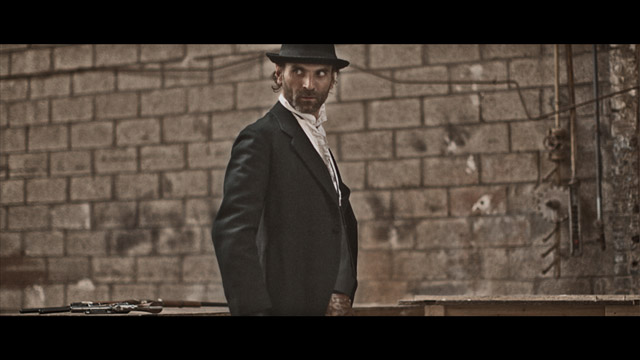 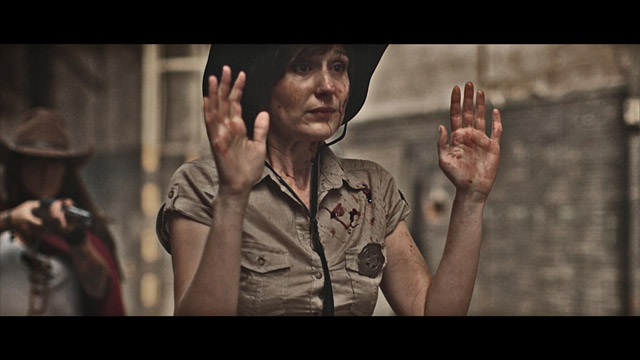 Laura Satana / Woman with no name
Renowned international tatoo artist and larger-than-life character, Laura Satana portrays the woman with no name
– – – – – – – – – – – – –
This silent latina outlaw never gives her name. Craving for vengeance, she searches for her associates who left her for dead after a bloody heist. Tenacious and unwavered, she never leave debts unpaid and she won’t quit until her former partners bite the dust.

Brigitte Lo Cicero / Sally Pépin
Seasoned actress (L’Exercice De L’Etat, Cyprien, L’Oncle Charles), Brigitte Lo Cicero also plays the main role and directs the critically acclaimed theater play Une Chambre à Hollywood.
– – – – – – – – – – – – –
Brigitte is Sally Pépin, the marshal deputy not really confortable in the field. Her by-the-book methods and careful nature often clash with her boss approach. However, she acknowledge his efficiency and considers him as a mentor. Her wit often lead her on the right track to the dismay of the marshal macho side. 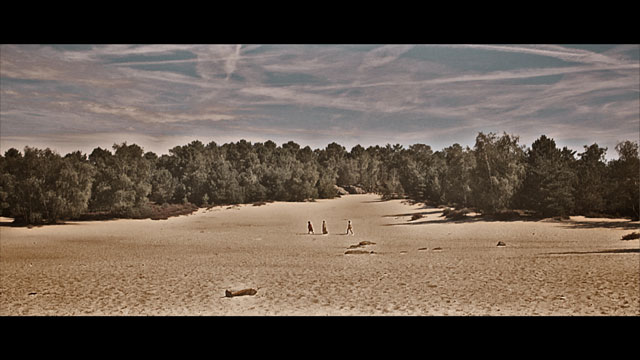 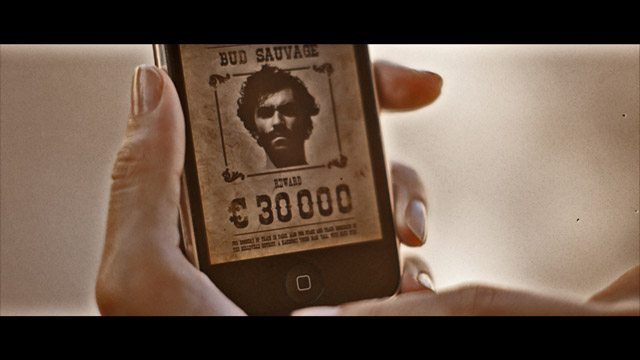 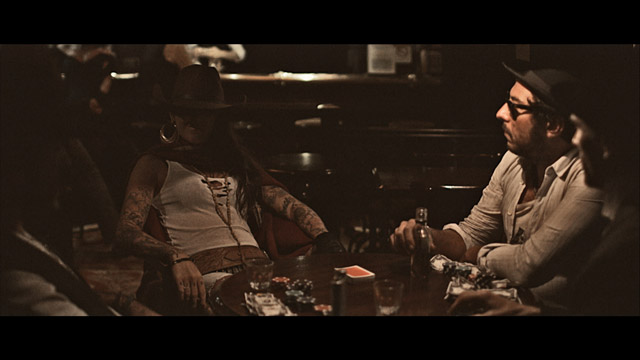 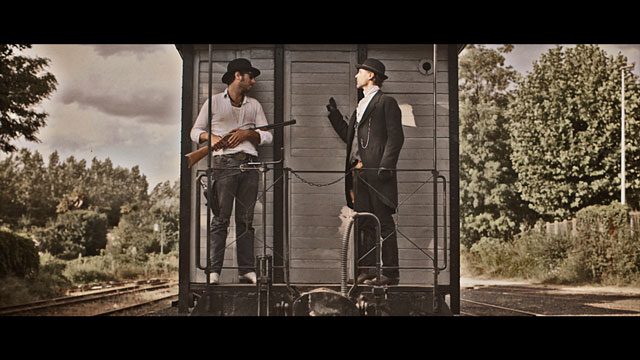 3 friends who grew with Western movies and fond of atypical movies. Woman With No Name was designed as a very small and discrete project but as we wrote more and more of the project, many people spontaneously proposed their help. Friends, amateurs, professionals, newcomers…This movie would have not existed without these incredibles people who helped us on this unexpected epic production: a western in Ile de France. 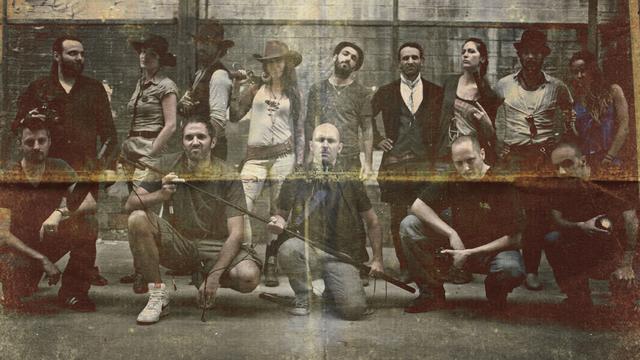 More about the movie